Now reading: Express, ''I'll do all I can to help others' Prince Harry to join wounded heroes on 1,000 mile walk.'
Share
PrevNext

PRINCE Harry is to join five wounded warriors on part of a 1,000 mile walk around Britain later this year to highlight issues facing injured military veterans. 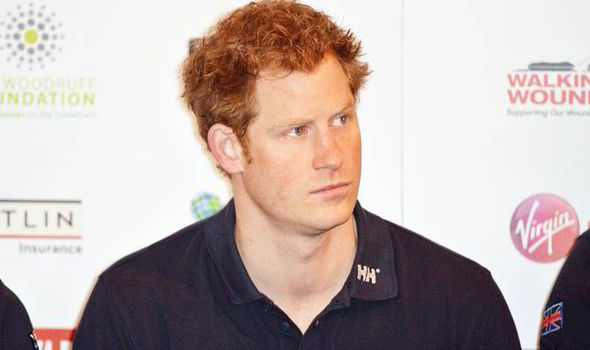 Harry met the team and asked several questions about their injuries and care, even apologising for bombarding them with so many questions because he's been "learning about it and how it all works".

The participants are Lt Col Stewart Hill, who suffered a brain injury in an explosion in Afghanistan in 2009, Major Elspeth de Montes, who suffers from Post Traumatic Stress Disorder, Rifleman Matt Fisher, who had his left leg amputated after a gun shot wound, Royal Marine Lance Corporal Alec Robotham who has multiple injuries from a suicide bomb incident, and Marine Scott Ransley who is blind in his right eye from a roadside bomb explosion.

Matt Fisher, 30, from Chertsey, Surrey, said: "I think Harry will bring a lot to this expedition in terms of publicity and support.

"He's a like-minded person who has his own experiences in the Army so you can relate to him still.

"He's had so much involvement with the rehabilitation process and its good to see he's on the ball with it and what's going on.

"I'm sure whenever he joins us on the walk there will be plenty of banter along the way."

Lt Col Hill said: "I have become the opposite - the antithesis - of what I was.

"From managing thousands of people to struggling to manage myself."

He is now hoping to become a professional artist and being helped by Walking With The Wounded with his training.